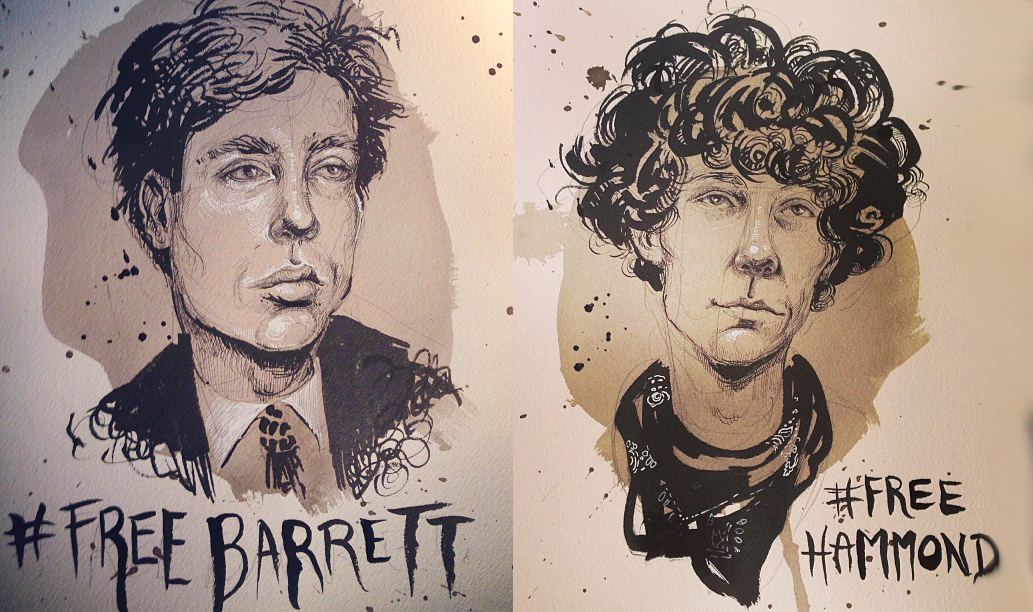 In recent years, the US government has been engaged in an all-out war on internet activism and online dissent, culminating in arrests and oppressive charges for those associated with Anonymous and journalists who dare attempt to shed light on the surveillance state. Included among those are Barrett Brown and Jeremy Hammond. Brown is an investigative journalist who exposed the world of private spying with Project PM while Hammond is the alleged source for WikiLeaks’ Global Intelligence Files. Barrett faces up to 105 years in prison and is awaiting trial, while Jeremy faces up to 10 years after taking a plea agreement. Join us for a night to talk about and raise funds for these political prisoners of the information age.

SPEAKERS WILL INCLUDE
Michael Ratner is the President Emeritus of the Center for Constitutional Rights (CCR) and is the United States attorney for WikiLeaks.

Kevin M. Gallagher is the director and founder of Free Barrett Brown, a support network, nonprofit advocacy organization and legal defense fund formed for the purpose of assisting the prominent internet activist and journalist, Barrett Brown.

Alexa O’Brien is an activist and journalist.  Her tireless coverage and transcription of the Court Marshal of Pfc. Bradley Manning have made her an invaluable resource for the mainstream media and has helped shine a light on the landmark proceeding.

Jay Leiderman is a California-based lawyer who has represented many people associated with Anonymous.

Tor Ekeland is a New York-based lawyer who is the lead attorney for Andrew Auernheimer, who was convicted under the CFAA (Computer Fraud and Abuse Act).

Stanley Cohen is a political activist and criminal defense attorney who has represented members of the PayPal 14, a group of people who were charged for an online protest against PayPal for blocking donations to WikiLeaks.

Emily Kunstler is an activist and documentary filmmaker who is involved in Jeremy Hammond’s defense team.
PERFORMANCES
Arthur Smilios is a writer, artist, and bassist for the seminal New York Hardcore Punk outfit The Gorilla Biscuits, as well as CIV, and most recently The Walter Schreifels Band.

Anthony Atamanuik is a writer, actor, and comedian. He performs regularly at the Upright Citizens Brigade Theatre, and has appeared on Adult Swim, MTV, Comedy Central, and NBC’s 30 Rock.

This event is presented by Free Barrett Brown and the Jeremy Hammond Defense Committee.